Skip to navigation Skip to content
HomeThe CentreLatest news and insights Famine should not exist in 2022, yet Somalia faces its worst yet
Home

Famine should not exist in 2022, yet Somalia faces its worst yet 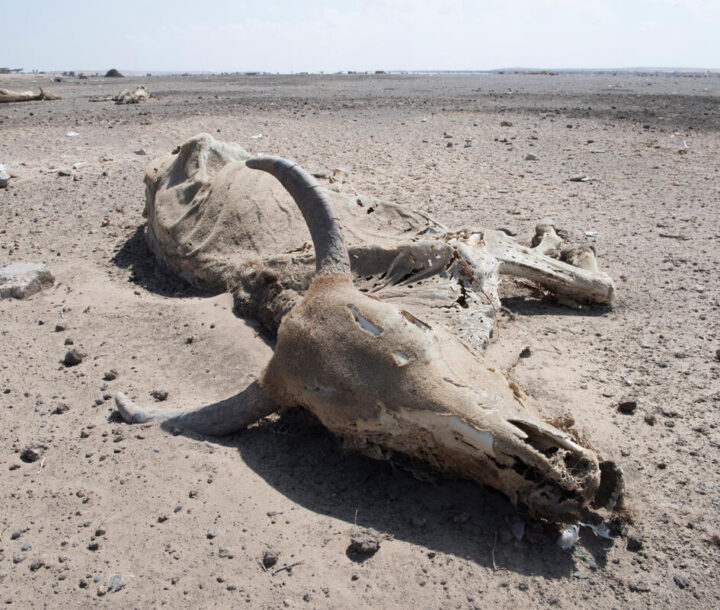 This article was originally published by The Conversation on October 17, 2022.

More than a quarter of a million people died of hunger in Somalia in 2011 – half of them children younger than five. The situation in Somalia in the coming months could be a great deal worse, despite global commitments to never let the 2011 famine happen again.

The United Nations predicts more than 300,000 people in Somalia will be in famine by December.

Somalia is home to 16 million people and has a rich history reaching back to before the Roman Empire. Somali people were producing beautiful rock art in the third millennium BC, trading with Ancient Egypt and establishing important masjids and mosques in Mogadishu from the 7th and 13th Centuries onwards.

Despite historic levels of drought and hunger, Somali civil society continues to find ways to support people at risk of starvation. But additional help is needed. To date, the international community has largely failed the Somali population. In 2022, the risk of famine should not exist.

There is a well established and globally recognised system of categorising how close to famine people are. “Famine” is the worst of five levels.

For an area to be declared in a “famine”, there must be hard evidence of very high levels of child malnutrition (over 30%), very high levels of death (for every 10,000 people, more than two people dying every day), and extreme levels of hunger (more than one in five households going without food).

In 2022, no-one should suffer from a lack of food, let alone extreme starvation: the world is producing more food than ever before. And in 2011, humanitarian aid agencies and civil society organisations launched the Charter to End Extreme Hunger at the UN in New York, clearly outlining five steps to take to avoid famine.

Since then, it has been endorsed by the UN, world leaders, and dozens of humanitarian organisations.

So, why is this happening again?

The past four rainy seasons in Somalia have failed to materialise and the fifth is very likely to underperform as well.

Crops can’t grow to their full potential, if at all in some areas. The camel, goat and cattle herds of Somali pastoralists don’t have enough vegetation to eat nor enough accessible water to drink – already, millions of livestock have perished in the current drought.

Climate change underpins this continued lack of rainfall. Somalia is ranked second-most vulnerable (after Niger) to the adverse impacts of climate change, which will likely cause Somalia to experience more drought, affecting more land area, with fewer regular rainy seasons.

The extreme difficulties of prolonged drought are hard for anyone to cope with, especially if there is little to no safety net to catch people during hard times. Indeed, food prices are higher now than during the 2011 famine.

Somalia does have a nascent social safety net called Baxnaano. It aims to build a bridge beyond the humanitarian approach, addressing immediate food security and nutrition issues, while also laying the foundations for a stronger workforce. But it is still at the pilot stage.

The country is divided in three: south-central Somalia, the self-declared independent region of Somaliland, and the autonomous state of Puntland in the north. The various governments are not able to reach some parts of the country or provide adequate safety nets for Somalis experiencing the harsh challenges of a changing climate.

That said, some lessons have been learned by Somali governments from previous disasters. In 2021, the National Desert Locust Monitoring and Control Centre was established, along with the Drought Operations Coordination Center in Puntland, which predicts upcoming droughts and climate extremes.

This centre and many others warned Somalis and the world of the seriousness of the predicted drought back in early 2020. They have continued to repeat these warnings as the situation deteriorated.

These warnings fell on largely deaf ears until only very recently. The coordinated plan to respond to the Somali crisis had received only US$56 million in March, but needs US$1.5 billion to be properly implemented.

While the international community’s efforts have ramped up in recent months, the plan to provide life-saving support is still missing US$409 million.

What needs to change?

Between October and December, the drought is expected to force 6.7 million people across Somalia into acute food insecurity, a technical term meaning people are close to starving.

International assistance needed to be provided at scale when the first warnings were shared. This was clearly stated back in 2011.

This includes supporting preventative and resilience-building initiatives, such as rehabilitating water points and establishing mini greenhouses. Such initiatives will enable Somalis to help others prepare for difficult times and get through the worst impacts of the changing climate.

And, perhaps most importantly, wealthy countries should compensate Somalis for the catastrophic impacts climate change is having on their lives.

This compensation – known as “loss and damage financing” in UN circles – will be a central topic at the upcoming international climate change summit COP27, held in Egypt in November.

Loss and damage refers to climate change harms that can’t be prevented, mitigated, or sometimes even prepared for. Think rising sea levels destroying entire ways of life, or disasters that are happening so often, so severely, that even insurance companies refuse to insure people against them.

Somalis produce a tiny, tiny amount of greenhouse gas emissions compared to the high-income countries of the world. Yet, they are experiencing some of the worst impacts of climate change, as the current drought and hunger crisis so clearly demonstrates.

COP27 should lead to Somalis, and the many millions more around the world hit hard by climate change, being financially compensated by the countries and corporations most responsible for changing the climate.

How can I help?

The crisis in Somalia will only worsen in the coming weeks. If you are in a position to donate, consider the following charities:

This article is republished from The Conversation under a Creative Commons license. Read the original article. 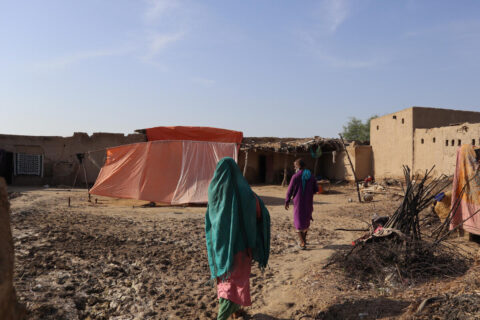 A response to the 2022 State of the Humanitarian System Report