Skip to navigation Skip to content
HomeThe CentreLatest news and insightsHumanitarian Health, Women in Humanitarianism Women Humanitarians: the spirit of service in caring for the ill and dying
Home

Women Humanitarians: the spirit of service in caring for the ill and dying 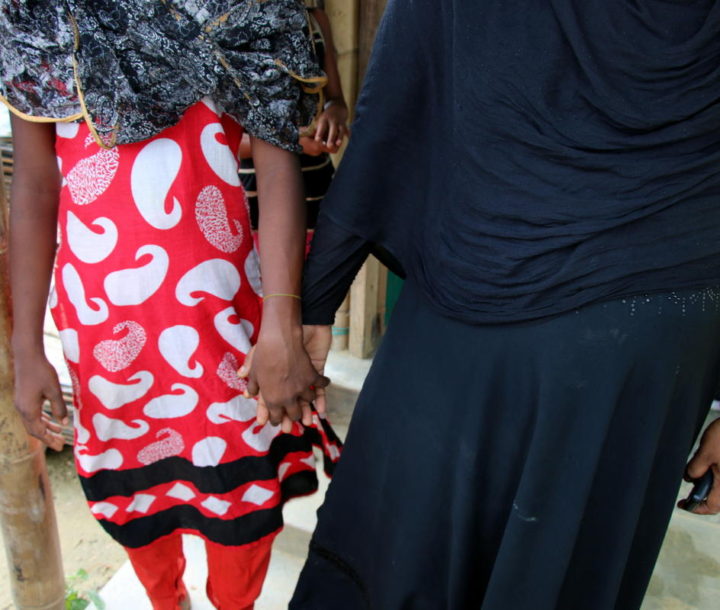 Like so many members of the persecuted Rohingya minority, Sanjida and her family were forced to flee violence in Myanmar in 2017. But unlike many, Sanjida was seriously ill. She had contracted tetanus as a child, leaving her with significant brain damage and paralysis. Sanjida’s family carried her on their backs to reach safety in Bangladesh.

In Cox’s Bazar refugee camp, where I visited her last year, it was Sanjida’s younger sister who had taken on the role of being her main caregiver, sacrificing her own education and childhood. On the day I met Sanjida, her sister had taken care to dress her in her best clothes, jewellery and make-up to receive visitors – a simple moment of joy and dignity in the lives of Sanjida, her sister and her family.

This World Humanitarian Day celebrates the work of Women Humanitarians and honours their tireless contributions to improving the lives of people in emergencies and crises. Modern humanitarianism is often thought of as the work of saving lives. But there is a particularly undervalued aspect of humanitarian response that has long fallen to mostly women: care for the seriously ill and dying.

Sanjida was 18 years old when I met her. She died in Cox’s Bazar just a few months ago in the care of her sister and family, and after receiving home visits from a small palliative care team, led by female humanitarian leader Dr Farzana Khan. Khan’s modest Fasiuddin Khan Research Foundation provides one of the first formal palliative care programs in any humanitarian response.

It operates on a thread-bare budget to seek out those people with serious or chronic illness who cannot access healthcare and are otherwise forgotten in the sprawling refugee camps of Cox’s Bazar. Khan and her volunteer team provide basic medicines for pain and symptom relief. But sometimes, it is the simple act of compassion and humanity shown in visiting sick people and letting them know that they have not been abandoned which can matter just as much to the people they watch over.

Relieving the suffering of ill or dying people has been central to modern humanitarianism since the women of Castiglione first organised themselves to provide care for wounded and dying soldiers during the Battle of Solferino in 1859. Thanks to the extraordinary leadership and spirit of these women, who went about their work with benevolence amidst brutal violence and suffering, the very idea of the Red Cross and its relief societies of volunteer humanitarians was born. It was also from this that the foundational humanitarian principle of humanity emerged – to protect life and health and alleviate suffering wherever it may be found.

Providing basic comfort to very ill and dying people is steeped in humanitarian history and norms. Such care is also entwined with the compassionate actions of women humanitarians, however informal and unspecialised such actions may be. Such care may include giving medicines, providing sips of water, holding a loved one’s hand, or sitting with a stranger in silence.

Today, women from communities affected by natural disaster, war or disease epidemics make up a large number of those who risk their own lives to provide comfort to others – often the first ones on the ground to respond, and the last ones to leave an emergency. But their contributions are often overlooked, much like the unpaid work that women contribute to their families and communities every day.

In Australia, women make up the majority of unpaid carers, providing informal help to people living with serious illness or disability. Acknowledging the role of informal carers is an area currently under spotlight in Australia in The Royal Commission into Aged Care Quality and Safety hearings. From cooking and cleaning, to taking care of children and the elderly, to supporting those with chronic illnesses, globally women carry out at least 2.5 times more unpaid household and supportive care work than men. This figure is much greater for women in lower income countries – a recent International Labour Organisation report shows that women in the Asia Pacific region spend 4.1 times more hours in unpaid care work than men – and greater still when considering those women who step up to fulfill caring roles in times of humanitarian crisis.

Jean Pictet, the International Red Cross lawyer, wrote in 1979 of the “weakening throughout the world of a spirit of service” in humanitarian action. While there is a great need for specialist palliative care in humanitarian emergencies to be prioritised, we should not underestimate the powerful service that women humanitarians give to alleviate the suffering of the very ill and dying.

The stories of women humanitarians on the frontlines of emergencies and crises – the loving devotion of Sanjida’s sister, the compassionate dedication of Dr Khan, and the countless small but profound acts of caring and comforting – show that this spirit of service is thriving now just as it was for the women of Castiglione. Their stories deserve to be told, to be remembered, and in our increasingly fractured world, to be learnt from. The spirit of humanity begins with such women. 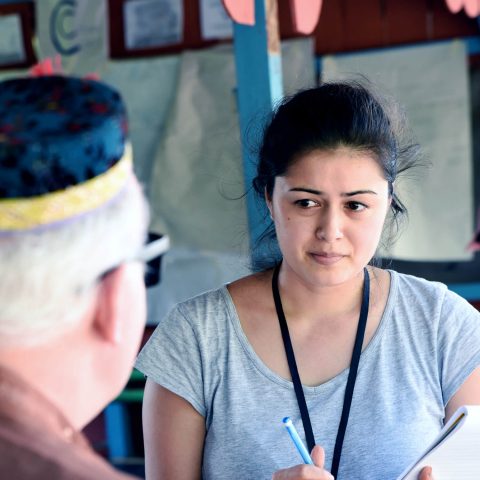