Skip to navigation Skip to content
HomeThe CentreLatest news and insightsOpinion Who are the humanitarians?
Home

Who are the humanitarians? 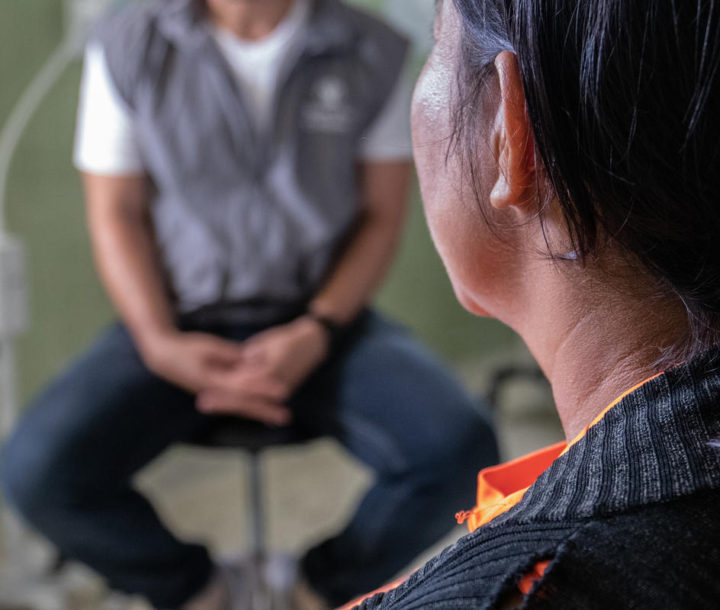 Considering this question opens up discussion about the role of actors who are not traditionally considered as ‘humanitarian’ (for example, the private sector, diaspora, ‘digital humanitarians’ and affected communities themselves) but all play a role in humanitarian contexts. It is undoubtedly worth considering their roles in detail, but even in relation to ‘traditional’ humanitarian actors there remains a persistently skewed perception.

In Australia (and perhaps throughout the western world), when a crisis hits we see images on our screens of international aid workers deploying to a response, often unloading trucks of supplies while sporting organisationally branded and multi-pocketed gilets. While international organisations and their surge staff can play a crucial role in an emergency response, these images do not accurately reflect the overall composition of the humanitarian workforce.

The most recent data, published in the 2018 edition of the State of the Humanitarian System (SOHS) report, suggests that in 2017 the total combined field personnel numbered approximately 570,000 people. It was national staff who made up the overwhelming majority of the workforce, at 93% (or 529,000 individuals), with international staff at 7%, or approximately 40,700 individuals. According to the 2018 report, the overall number represents an increase of 27% from the last report (430,000 in 2013), largely due to an increase of national staff.

2018 was the second worst year on record for attacks against humanitarian aid workers, and it was national aid workers who experienced the majority of this violence.

National staff are often exposed to the most significant risk. The Aid Worker Security Report 2019 [PDF] , published by the independent research organisation Humanitarian Outcomes, states that 2018 was the second worst year on record for attacks against humanitarian aid workers, with 399 aid workers affected by major violence in 221 separate attacks. It was national aid workers who experienced the majority of this violence, in terms of both absolute numbers (370, or 92%, of victims were national) and an increase in the rate of attacks relative to overall numbers of workers.

Notably, fatality rates for national staff are higher than for internationals, and that gap has widened over recent years. Shootings and bodily assault in South Sudan, aerial bombardment in Syria and kidnapping in Afghanistan had the highest incidence of attacks over recent years. The report also notes the weakness of data of sexual violence and analysis of risk by gender, and the lack of empirical evidence for our understanding of gender-based risks and mitigation strategies.

While no aid worker should ever be the target of violence, the risks faced by national staff must be given due attention. Local actors may have the advantage of pre-existing relationships and knowledge of a context to enhance their safety, but the financial and operation pressures they face to maintain funding mean that risk management infrastructure cannot always be prioritised.

This trend may only increase in future. Given particular impetus at the World Humanitarian Summit in 2016, “localisation” of the aid sector (or moving resources and decision making into the hands of national responders) has been the subject of much discussion. Many in the sector acknowledge, however, that localisation has yet to amount to real structural change. It still often expresses itself as international agencies partnering with local ones, where the relationship is more akin to sub-contracting than genuine partnership, and where the risk of operating in dangerous environments transfers to local agencies that may not have the resources to invest in a substantial security management infrastructure.

Compliance with donor and national government requirements, rather than a robust consideration of operational risk to local actors, can often be prioritised. A recent study on risk management between international and national organisations noted that “INGOs’ approach to risk management exhibits a far greater emphasis on the risks of their local partners as opposed to the risks to them”.

This plays out vividly in Syria, one of the most dangerous humanitarian contexts in the world, where very few international organisations implement programs directly. Access and community acceptance (and by extension, safety) for local actors delivering services are a constant challenge given the complex internal and international dynamics at play in that conflict.

The mental wellbeing of aid workers is also an under-addressed issue in the sector, and this can particularly be the case for national staff. As an international humanitarian who has worked across the Asia/Pacific region and Middle East, I am conscious that national colleagues are working tirelessly often with the added pressure of being personally affected by the crisis and without the option of leaving after a six-month deployment.

The cultural aspects of mental health awareness, where it may not be seen as socially acceptable to acknowledge the impact of the stress and trauma that can arise from humanitarian work, can add an additionally challenging dimension.

On World Humanitarian Day, we recognise the resilience of those affected by crisis and the contribution of aid workers in seeking to alleviate suffering, often at significant personal risk. But in doing so, we must acknowledge that the risk is not always borne evenly, and that the sector must work towards the safest possible environment for all humanitarians.