The language of humanitarian action 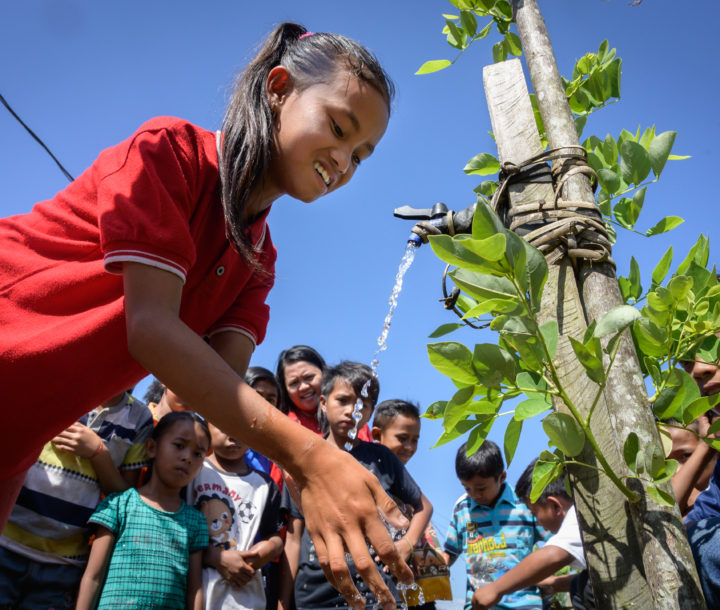 Language is a powerful tool, and the words we use to describe places, people and events can often tell us more about ourselves than they do about who or what is being described. In his book Don’t think of an elephant! Know your values and frame the debate, Professor of Linguistics George Lakoff argues that language and our understanding of words is inherently linked with the ‘frames’ or mental structures through which we see the world. The frames are part of our ‘cognitive unconscious’—we don’t know they are there, but they influence our thinking, our actions, and our decision-making.

Most humanitarians would consider the system as one of action rather than words, but our language has impacts. The system has developed a jargon so extensive it warrants innumerable acronyms and so exclusive it is almost impenetrable to those outside—from NFIs, FSL and IYCFE to talk of the “triple nexus”. In recent decades, however, the sector has become more attuned to the importance of language in reflecting power dynamics. Accordingly, there has been an attempt to use language that focuses on the engagement of those affected by crisis. Words like ‘empowerment’ and ‘participation’ have been adopted to correct the perception of a top-down and out-of-touch humanitarian bureaucracy.

However, instead of creating meaningful change, the proliferation of such phrases may have in fact created a false sense of security. And while created with the best of intentions and in some cases intended to represent a radical departure from previous practice, the words still imbue the neocolonial attitude from which they seek to be divorced. For example, in his chapter ‘Participation: The ascendancy of a buzzword in the neo-Liberal era’ for the collection Deconstructing development discourse: Buzzwords and fuzzwords, professor of political economy Pablo Alejandro Leal charts the trajectory of the term ‘participation’ from its counter-hegemonic origins to its co-opting as part of the era of neoliberalism, and calls for a return to its transformational potential. Social activist and advocate Srilatha Batliwala similarly charts the de-politicisation of ‘empowerment’ in her chapter ‘Taking the Power Out of Empowerment—An Experiential Account’ and suggests its mainstreaming has rendered it devoid of strategic value.

We need to be aware of the limitations of our own mental frameworks, shaped as they are by the language that surrounds us, in our efforts for real transformation of the humanitarian system.

We can see this playing out in the way ‘localisation’ is being understood. Localisation is a concept that has been at the heart of debate on humanitarian reform in recent years, and has come into sharper focus as COVID-19 disrupts the norm of the international surge model. While there isn’t an agreed definition, localisation is used across the sector to refer to everything from increasing numbers of local staff in international organisations, to the outsourcing of aid delivery to local partners, and the development of locally specific response models.

Localisation was a key element of the World Humanitarian Summit reforms and is becoming embedded in narrative if not in practice, but is it the right term to encapsulate the power shift needed in a system that is top-down and Western-centric? While it reflects a certain devolution of power, the term is steeped with a sense of bestowing—something that is ‘done to’ local entities, government and communities rather than a genuine shift in authority and control. This would seem contrary to the intent of the movement. If a more fundamental shift is in fact the driving intention, then what other terms may be more appropriate?

‘Locally led’ arose in discussions at the Centre for Humanitarian Leadership’s 2019 Asia Pacific Humanitarian Leadership Conference—Humanitarian Leadership and the Future of Humanitarian Action—as an alternative term that more fully reflects a shift in power and decision-making. In her presentation at the conference, Judy Slatyer, CEO of the Australian Red Cross (ARC), noted that the ARC has adopted ‘locally led’ to better encapsulate that dynamic. The term may also allow for a broader discussion of the role of international structures and actors in a future humanitarian system. For as much as the current top-down, Western-centric humanitarian infrastructure may not best serve the needs of those in crisis, the international community will still have a role to play in meeting large-scale humanitarian need. The 2018 Sulawesi response in Indonesia, where the government of Indonesia enforced restrictions on the flow of international organisations and staff, provides an interesting example of international actors stepping aside rather than necessarily stepping back. And in the era of COVID-19, the response to Tropical Cyclone Harold in Vanuatu earlier this year highlighted the role of local leadership, with some international agencies providing some remote support.

As we reconsider the role of international organisations and their staff, the language of international surge also warrants reconsideration. Terms such as ‘the field’ and undertaking a humanitarian ‘mission’ are still commonly used despite channelling the spirit of a late-nineteenth-century anthropologist venturing into the great unknown. A running list of other words and phrases which would likely unite many development and humanitarian practitioners can be found here.

How can we then ensure that a new language of humanitarianism does not suffer the same fate as our current well-intentioned buzzwords? Perhaps given the highly contextual nature of humanitarian response, the idea that words can translate clearly and resonate across so many borders is misplaced, and regionalised or even more highly context-specific conceptions of humanitarian response need to come to the fore, along with their own language. The Humanitarian Policy Group’s series on the Global history of modern humanitarian action reminds us that the origins of humanitarianism, and the various underpinning concepts and language, are by no means exclusively Western, from ideas of responsibility and legitimacy in China, for example, to Islamic notions of charitable giving in the Middle East. If ‘locally-led’ responses are to come to the fore, perhaps those local concepts and the language that encapsulates them may also gain more prominence, at least alongside, if not in place of, the internationalised language of the sector.

‘Locally led’ may well be a more nuanced term than ‘localisation’ to reflect the challenge of building a humanitarian architecture that respects local authority and knowledge while maximising international skills and resources. Or perhaps it is a better term, at least for now, given that the rhetoric is currently more advanced than the practice. Even the very question of what is meant by “local” is not settled—or it is simply assumed that local actors are all the same, with the same goals and agendas. No doubt the collective understanding of the term—what it means and what it looks like in practice—will continue to shift as humanitarian actors navigate a changing landscape.

Language is never neutral, and critical reflection is the first step in appreciating the role it plays in our understanding of the world. If we are to avoid future buzzwords then it is not just our language that needs to change but also our actions. If we adopt a new language to encourage and support new thinking, we also need understand what must be done differently in our day-to-day work and at the individual, organisational and systemic levels, to give meaning to those words. Language certainly matters, but if we just change the language and not the practice, then we have missed the opportunity for meaningful change.