The human side of Moon and Kim’s agreement 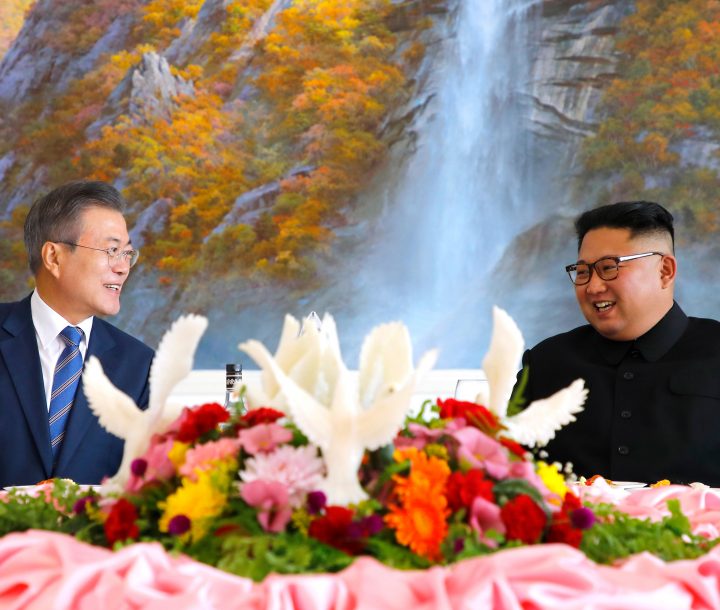 The past two years have been full of unexpected twists and stalled promises in the relationship between North Korea and South Korea, as well as their ties with the United States.

Kim has reportedly agreed to visit Seoul, and the two countries intend to bid to co-host the 2032 Summer Olympics. In 2032, barring impeachments or other unforeseen changes, Moon will have been out of office for a decade, with two successors, and it will be an election year in South Korea. Kim, by contrast, will have been in power in the North for over 20 years.

Much of the discussion surrounding the agreement on Wednesday has focused on the implications of the nuclear negotiations, what’s missing, and how this affects relations with Washington. But does the agreement have any potential to affect the humanitarian and human rights situation of the North Korean people?

Humanitarian aid workers focus on responding to the basic human needs of the North Korean population through projects in areas such as healthcare and agriculture. Their work has been hampered in recent years by sanctions and political relations – for example, South Korean groups must obtain permission from the government to work in the North, and few groups have received such clearance since the passing of the 24 May measures in 2010. The measures were in response to North Korea’s alleged sinking of the South Korean naval vessel the Cheonan, which resulted in the deaths of 46 South Korean sailors.

From the humanitarian perspective, there is some potential in the agreement on Wednesday, although major challenges remain. The agreement itself does little to solve the problems humanitarians face in overcoming sanctions, and Moon has yet to allow South Korean civil society to directly engage with their North Korean brethren on a large scale.

However, specifying more family reunions is promising, and offers a chance for collaboration between the Red Cross Societies of both the North and South. Improved transport links could help humanitarians deliver supplies, such as medicine, faster and easier, if they are given political permission, sanctions exemptions, and funding.

Moon and Kim’s discussion of resuming the Kaesong industrial complex and restarting tours to Mount Kumgang also point in a promising direction that would allow more South Koreans to visit the North, and humanitarian civil society may be next. Without concrete action and follow-through by both sides, however, it is unlikely this will come to fruition.

In other words, be hopeful but don’t celebrate yet.

Human rights activists are less likely to see any glimmers of hope in the agreement. Moon and Kim, like Trump and Kim, have not made any mention of improving the human rights situation for Koreans living above the 38th parallel. North Koreans languishing in prison camps cannot expect any improvement in their circumstances from the agreement, even if there are improved humanitarian logistics or South Korean groups working to improve conditions.

No matter what tactics Kim uses on the international stage, internally he aims to remain in power. Even in a best-case scenario where the denuclearisation promises pan out, rail links carry bosses from the South to Kaesong for work, and representatives from the two Koreas choreograph a dance to “Arirang” for their Olympic opening ceremony, Kim’s tools of authoritarian control will likely continue to restrict the human rights of the North Korean people.

This article was originally published on 20 September 2018 by The Interpreter published by the Lowy Institute.