The Dilemma for Humanitarian Principles and the Taliban 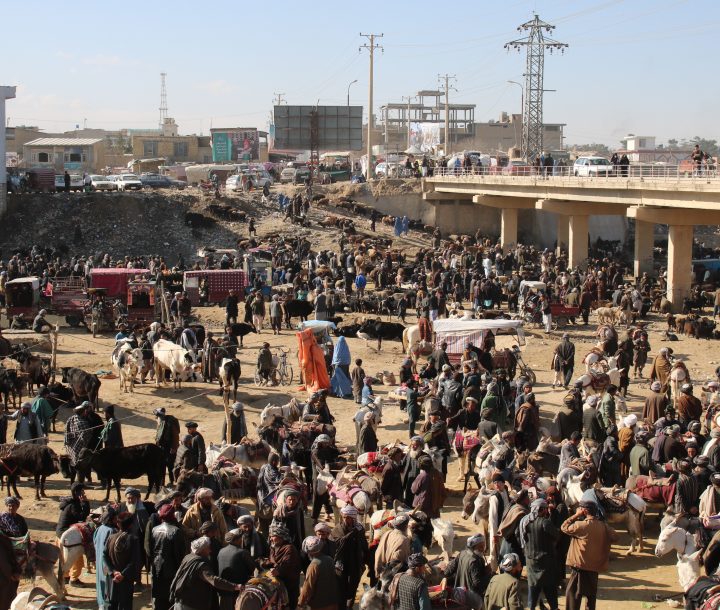 For nearly two decades since the US invasion of Afghanistan in 2001, local and international aid workers have been targeted, often by the same group that in August of 2021 seized control of the country. The Taliban’s takeover has impacted not only the deteriorating humanitarian crisis in Afghanistan, but also the flow of foreign aid to the country and more importantly, the nature of delivering humanitarian assistance to the Afghan people.

Since the 2001 US intervention, nearly US$100 billion of official development assistance was pledged to Afghanistan. However, the already fragile state of Afghanistan has collapsed since the 2021 Taliban takeover, with all foreign countries cutting aid to the country, and only a small number of foreign non-governmental organisations remaining and operating in the country. Amnesty International estimates that nearly 4 million Afghanis are internally displaced, as chilling data reveals the collapse of the country’s broken health care system with two thirds of health facilities running out of essential medicines. The World Food Program reported that of the 40 million Afghan population, 22.8 million could face food insecurity, while the United Nations estimates that nearly 98% of Afghans will fall below the poverty rate by mid-2022.

In response to the Taliban’s military takeover, the US froze nearly US$9.5 billon in assets belonging to the Afghan central bank, and major donors withheld humanitarian aid to ensure the Taliban can’t channel aid to its fighters, and to pressure them to uphold their commitment to establish an inclusive government that respects human rights, especially of women and minority groups.

Humanitarian principles have long been the subject of academic and practitioners’ debate. With the emergence of new wars and new forms of violence, humanitarian workers are under constant threat, especially in conflict settings. Among all humanitarian principles, ‘neutrality’ has often been the most controversial, particularly in dealing with authoritarian and non-democratic regimes.

Among all humanitarian principles, ‘neutrality’ has often been the most controversial, particularly in dealing with authoritarian and non-democratic regimes.

The humanitarian principle of neutrality is often blurred in Afghanistan, but there could be no confusion when the Taliban executed Ricardo Munguia, an International Committee of the Red Cross aid worker. Similarly, when in 2019, the Taliban targeted Counterpart International, a US non-profit organisation, and killed nine of its aid workers, the group justified their attack on the grounds that the NGO was “involved in harmful Western activities inside Afghanistan” such as “inter-mixing of men-and women”. These two are not the only cases of attacks on aid workers in Afghanistan by the Taliban. For the past two decades, with the exception of 2020, Afghanistan was ranked among the top five most violent contexts for aid workers in the world.

For the past two decades, with the exception of 2020, Afghanistan was ranked among the top five most violent contexts for aid workers in the world.

Irwin Loy reported in The New Humanitarian the “common Taliban positions in the past have included: refusing to allow female aid staff, choosing where and to whom aid goes, and demanding payments or ‘taxation’ for access”. As the Taliban cements their power, warnings of “the threat of further war crimes and crimes against humanity has drastically escalated since the Taliban takeover.”

A major challenge ahead for existing and returning agencies is not only to understand who they are negotiating access with, but their responsibility not to be mere observants. Indeed, Médecins Sans Frontières Speaking Out initiative has resulted in their expulsion from various locations, but there must be a revaluation of impartiality and neutrality among aid agencies working in Afghanistan. As the Taliban advances its efforts to silence the media, aid agencies can provide a powerful international presence and watchful eye.

There must be a revaluation of impartiality and neutrality among aid agencies working in Afghanistan. As the Taliban advances its efforts to silence the media, aid agencies can provide a powerful international presence and watchful eye.

The Taliban’s long history of marginalising women and girls—banning women from work and girls from attending school, unable to leave the home without a male; having no women in their administration; and dismantling the Afghan Ministry for Women—means there are risks and restrictions for aid workers who promote gender equality and tackle the aforementioned issues. Reviewed by Human Rights Watch, a recent report indicated that Taliban officials in three provinces of the country’s 34 have provided written agreement “unconditionally permitting women aid workers to do their jobs”.

Besides their policies that enslave women and girls, there is substantive evidence of the Taliban committing war crimes and “collective punishment” against minority groups. When the Taliban attacked the Panjshir Province following their takeover of Kabul, it was reported that the group breached international humanitarian law by killing civilians and disallowing the flow of medical and food assistance to the people of Panjshir, cutting off electricity and phone services for civilians. Amnesty International also found the Taliban responsible for multiple human rights violations, especially against the Hazara ethnic minority in Afghanistan, asserting the group is responsible for the “brutal massacre of Hazare men”.

Even though many aid agencies operated in the fragile state of Afghanistan before the 2021 Taliban takeover, the current situation is far more complex and requires careful use of humanitarian diplomacy. Since their takeover in 2021, the Taliban government has not been recognised by any country. During the Taliban’s first era of control over Afghanistan (1996–2001), the Islamic Emirate of Afghanistan was recognised by only three countries—Pakistan, Saudi Arabia, and United Arab Emirates. This time, although some countries have begun engaging with the Taliban administration, there has been no recognition of their emirate.

However, under international law, recognition of a state is not linked to how the state functions, especially with regards to human rights. While breaching international humanitarian law may trigger reactions by the international community, the UN Security Council in particular, there are limited options in dealing with the Taliban, except setting conditions for the group to meet before engagement can begin. However, donor states have some power via imposing conditional aid on political concessions. Adopting an alternative aid model to ensure the immediate and measured steps by the Taliban to respect human rights, especially of women and girls, and upholding international humanitarian law, is imperative.

For humanitarian actors, ethical dilemmas will now impact operational decisions.  On the one hand, the humanitarian crisis in Afghanistan is deepening incrementally and calls for immediate humanitarian aid. On the other, the Taliban and its long history of distrust with the international community, especially aid workers, poses great challenges to aid agencies, particularly to women, and local staff.

Where does this leave aid agencies and, more specifically, humanitarian actors? Clearly the crisis in Afghanistan and the alarming reports of violence and human rights abuses show that any further delay in the delivery of humanitarian assistance could lead to another human tragedy. But in part, the relationship between the people in Afghanistan and the Taliban must also be central to humanitarian actors’ operations in the country. Aid agencies will have difficult choices to make. While important to remain impartial and neutral, they should not come at the expense of more suffering for the people of this war-torn country.