Rethinking vulnerability in the era of COVID-19 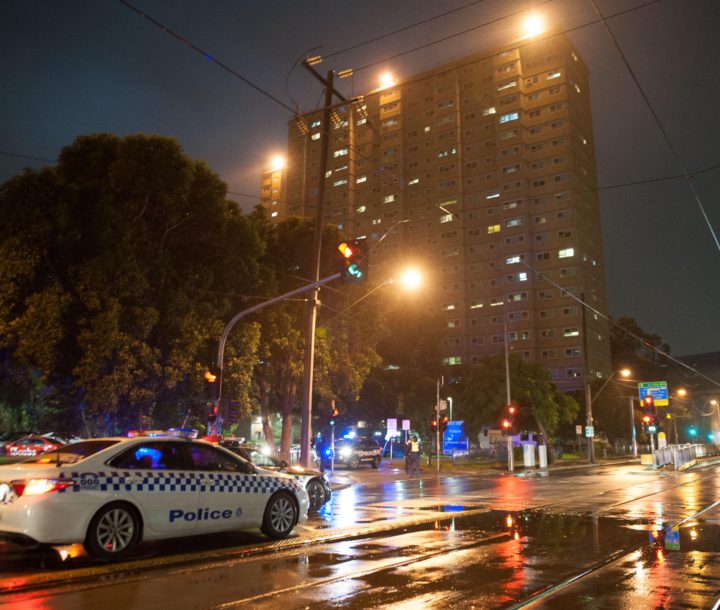 The notion of ‘vulnerability’ is at the heart of much humanitarian discourse. For a sector that aims to save lives and alleviate suffering, understanding the potential for exposure to harm is an important part of seeking mitigation measures. And in an environment where there is inevitably more need than resources, vulnerability criteria is a tool used by humanitarian agencies to make transparent decisions about who should be prioritised to receive assistance. The aim is to ensure those with the most need or at greatest risk of harm receive assistance first, while keeping the principle of ‘do no harm’ at the centre of every action. However, the COVID-19 pandemic is forcing us to reconsider our understanding of who is vulnerable, to what, and why. COVID-19 not only reminds us of the need to recognise individual agency as well as risk but is also recalibrating notions of vulnerability at a global level.

The label ‘vulnerability’ is frequently applied to individuals or population groups as if it is an inherent characteristic, rather than a product of social, political, and economic dynamics. Within health, the concept of vulnerability is frequently used to indicate the potential risk or susceptibility of developing certain diseases, often without due acknowledgement that health disparities are rooted in social and structural inequalities. The application of the term can also deny the skills, capacities and agency of those identified as vulnerable. There is also a dearth of research seeking to understand vulnerable populations’ perception of their own vulnerability.

Dr Gillian Fletcher’s recent working paper for the Centre for Humanitarian Leadership’s Humanitarian Leader argued for the need to move away from the “checklist” approach when understanding the impact of marginalisation and exclusion in humanitarian response, to a more nuanced approach that seeks to understand people’s lived reality. Dr Fletcher argues: “Taking a categorical approach (that is, putting people in fixed categories of ‘vulnerability’, such as women and girls, people with a disability, indigenous people, etc.) serves to mask the intersecting social hierarchies and judgements that function to marginalise and exclude people. It also serves to overwrite the deep reserves of resilience and capacity demonstrated by so many people in the face of human-inspired and weather-related disasters.”

The recent example of the COVID-19 hard lockdown in some public housing towers in Melbourne, Australia, demonstrates the extent to which the vulnerability discourse prevalent in global humanitarian response also permeates the local context. The Australian Government lists age and certain pre-existing medical conditions among factors that put people at higher risk of severe illness with COVID-19. “Other” factors that might affect the risk of moderate or severe illness include “poverty” alongside age, being male, and smoking. When announcing on 4 July 2020 that people in the affected public housing towers would not be permitted to leave the complex for any reason, effective immediately, the Victorian Premier Daniel Andrews and Minister for Housing Richard Wynne described the public housing as “home to some of the most vulnerable members of our community”. In describing the residents of the towers as “vulnerable”, there was a lack of recognition that heightened risk in the towers relates in part to Victoria’s chronic underinvestment in public housing, and the historic marginalisation of lower-income groups and ethnic minorities. The response from community members living in the towers was surprise and irritation at the characterisation of vulnerable:

I didn’t realise that I was ‘poor, hard to engage, and vulnerable’ until a Victorian Government official told me that me and my public housing community were these things. We don’t think of ourselves as that because we were busy trying to get by.

“All the residents are being referred to as ‘lower class’, ‘people that are struggling’, ‘immigrants’ and  so [sic] much more but what everyone is failing to notice that Flemington/North is home to some of the most hardworking, driven, intellectual citizens.”—Thanos @ts_bl22

Similarly, Julian Acheampong, a resident of the towers, said to the Saturday Paper: “I’m not vulnerable … I look at some of the people in this building and they are some of the smartest people I’ve ever met in my life.”

Freelance journalist and writer Margaret Simons, who lives near the housing estates and was on the ground talking to residents every day of the hard lockdown, noted in relation to the use of the term ‘vulnerable’. “Anyone locked up and forced to depend on bureaucracy for basic needs is vulnerable. But the residents themselves, such as Ahmed Dini, hate the term, and very rightly … point to the strengths the community has displayed. And I am humbled by how correct that is. If you consider the vast volunteer effort that has been central to this story from the very start of the lockdown. The citizenship, connection and capacity for care has been enormous.”

Indeed, as concerns were raised about the government response (including the heavy police presence, lack of health and social care support, inadequate food and other basic supplies, and a lack of translated materials), it was community groups who responded quickly with support, including rapidly translated materials across multiple languages and the provision of household necessities and culturally appropriate meals. This is in keeping with what most humanitarian contexts have demonstrated—it is most often local people and networks who are the first responders, acting quickly while the cogs of the formal humanitarian response system turn. And here, as in the international context, a failure to properly engage affected communities or recognise the role of local communities and local community leaders meant a more chaotic and distressing environment at the towers than was necessary.

In his recent Guardian article, Dr Chris Lemoh, who was seconded to the Victorian health department to work in the towers during the lockdown, reflected on the dehumanising impact of the heavy police presence and the failure to recognise the agency of the tower residents: “Suddenly, they were treated as though they were helpless and a problem for everyone, rather than as capable people with a solution.” He further noted the “institutionalised” mindset where health professionals can become divorced from the reality of people’s lived experienced in favour of stereotyped notions of people’s challenges and capacity. This same issue of internalising preconceived ideas about ‘vulnerable’ communities is prevalent among humanitarians relying on vulnerability criteria as a tool to allocate resources in the most impactful way, the criteria often transported from one context to the next without engagement with the people affected. The towers highlight that, whether locally or globally, ‘vulnerability’ is all too often a term that drives paternalistic responses, denies agency and masks the true underlying causes related to structural inequalities.

Most recently in Victoria, the COVID-19 pandemic has exposed the challenges of a ‘vulnerable’ casual workforce in which people do not have access to paid sick leave and sometimes continued to work with COVID-19 symptoms or while waiting on COVID-19 test results. We are now seeing the effects of further chronic underinvestment, particularly across aged-care facilities—a sector reliant on a highly casualised, low-paid and mobile workforce—play out with devastating consequences for Victoria’s older population and the low-paid workers who support them. While age may be a strong indicator of viral susceptibility, the factors driving the increased levels of risk to COVID-19 in our aged care sector are also a product of systemic marginalisation.

COVID-19 also highlights the politics of vulnerability at a global level. For many Western countries, the impact of COVID-19 is unprecedented—large-scale danger to health and wellbeing, loss of livelihoods, destruction of economies, and movement restrictions all feel very new and frightening. These impacts are undoubtedly extremely serious and are causing much stress and uncertainty for many, but they are all too familiar to many who live in humanitarian contexts. That is not to say that COVID-19 is comparable to a conflict setting, or that it is experienced in the same way across the world, or even in any given country. Social distancing, staying home and washing your hands are nearly impossible in places where shelter is crowded and precarious, where water, sanitation and health facilities are inadequate, and staying home means no income.

But this crisis shows us how ideas of who needs help and who provides it must be reconsidered. While financial resources are undoubtedly a critical element in bolstering health systems and social safety nets, the unfolding situation in the United States and the United Kingdom shows that it is by no means all it takes. So-called ‘developed’ countries are struggling to keep populations safe, and countries with less financial resources and power such as Vietnam, Taiwan and Rwanda are recording better outcomes. Humanitarian agencies such as MSF now detail the additional health system capacity they are providing to Spain, Italy, and France alongside their support to Syria, Afghanistan and Haiti. The US has been described as a failed state and has the highest number of infections and deaths from COVID-19, but many would likely balk at US inclusion as a recipient country rather than a donor in the United Nation’s Global Humanitarian Response Plan for COVID-19. It’s time to value humility and global solidarity, not just out of self-interest in containing the spread of a deadly virus, but because there is much to learn from each other. Perhaps people privileged enough to have never experienced social crisis before will better understand how easily life can be turned upside-down and how painful the consequences can be.

Rethinking vulnerability has implications beyond the COVID-19 response. While COVID-19 understandably dominates the global conversation, we must not forget that the climate crisis continues. As with COVID-19, climate change has the potential to impact those with the least resources the most, and it will further heighten the effects of systematic marginalisation and exclusion. When COVID-19 began to spread, many nations behaved as if it was ‘someone else’s problem’ or viewed it as a manageable risk. How quickly that thinking has shifted. In Australia, the recent bushfires, which saw 3 million Australians directly affected, more than 10 million Australians anxious or worried for their safety or that of their close family or friends, and a billion animals dead across 12 million hectares of burning land, serve as a similar reminder. Climate change will teach the same hard lessons as COVID-19 if drastic action is not taken. As with COVID-19, climate change action must be global and with solidarity, as well as intensely local with respect for the power and agency of the communities most impacted.

COVID-19 demonstrates the need for us to unlearn much of the accepted wisdom about who is vulnerable and why. The thin veneer we had of thinking that vulnerability was a term reserved for those in humanitarian crises somewhere else, or for poor people in housing towers or homeless in our own neighbourhoods, has been quickly wiped away in this pandemic. That is not to say that risk is borne equally—clearly, it is not. Rather, we must recognise the operation of structural inequalities as well as the agency of those most affected. We must shift our perception that some are inherently vulnerable while others are immune. We have an opportunity to choose between isolationism and othering, or empathy and solidarity. Our choice has the power to set perceptions in relation to not only the COVID-19 response, but how we approach critical global policy challenges of the future. Let’s ensure we choose the latter. 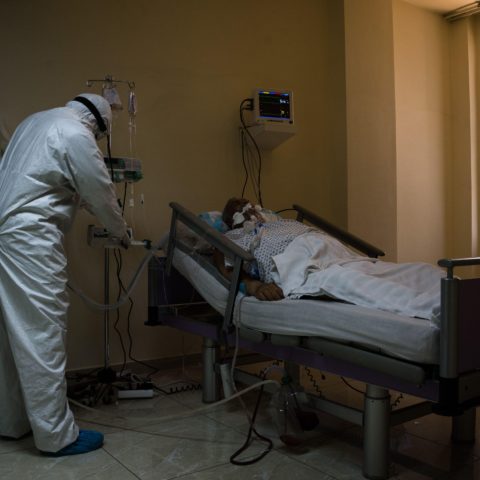 Suffering, scared, alone and dying. Why the COVID-19 humanitarian response must include leadership in palliative care. 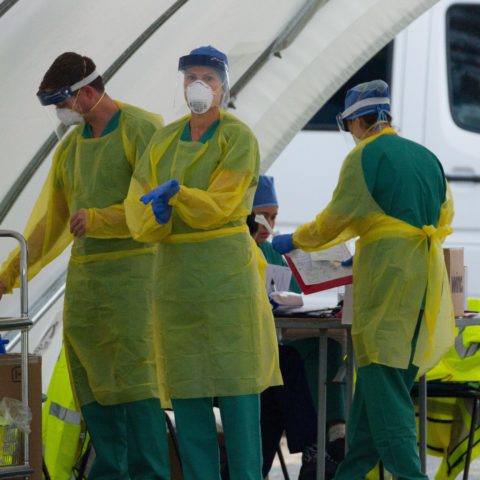