Re-igniting compassion and courage in our international aid program 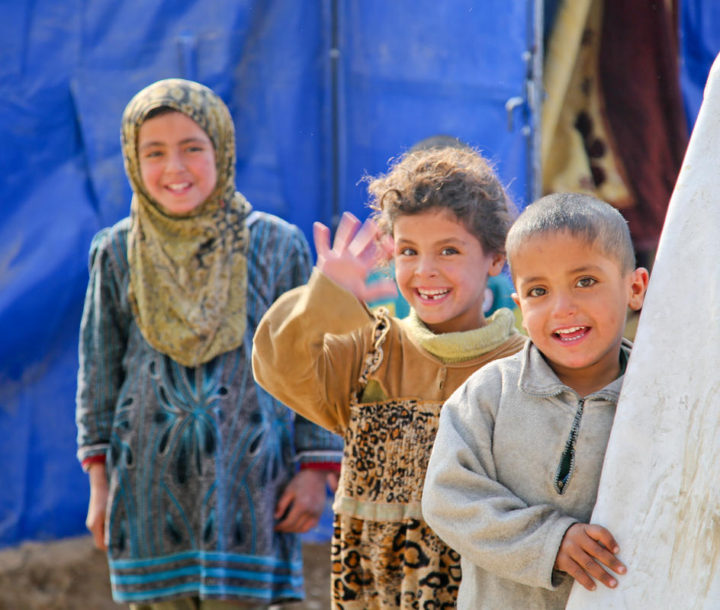 The international aid sector in Australia is experiencing a significant transition. It is a transition closely linked to an intensifying rhetoric that is altering who we are as a nation.

Over 15 years ago [Australia] got caught in a toxic and paralysing debate about Boat People which damaged Australia’s soul. It is driven by fear. Fear of others leads to hate….That fear and meanness is continuing.

This fear is glaringly evident in attitudes and actions concerning the international aid sector. As a nation, we are generally showing less charity and compassion towards those overseas who may be suffering and in need of the support of richer nations. As our charity and compassion is constrained through fear, we are ourselves diminished.

What has happened to this country’s compassion towards others in need – and how do we get it back?

The Morrison Government just announced a major review into Australia’s foreign aid budget. This is timely.  Australia now spends nine times more on our defence budget than on international development and humanitarian assistance – up from five times in 2012, with projections showing a continuing deterioration in aid funding commitments in the future. This is an alarming shift in the balance of how Australia views and engages with the world.

In August this year, the Australian Government announced a $500m climate change and oceans funding package for the Pacific region. The allocation is not new money but a redirection of the existing aid budget released in April 2019. Aid agencies such as Save the Children argue that the redirected funding for climate activities could have a significant negative impact on Australia’s ability to deliver vital humanitarian aid programs around the world. Redirecting rather than increasing aid comes at the expense of saving lives, protecting health and relieving suffering. The announcement follows consistent cuts to the ever-dwindling aid budget.

It also comes after warnings from the aid sector about the handful of powerful for-profit private contractors which now dominate the delivery of Australia’s foreign aid program. Approximately one-quarter of Australia’s total aid spending was outsourced to for-profit private firms in 2016/2017, sparking concern that such disproportionate outsourcing and commodification of the aid program will undermine Australia’s national interests in regional influence and soft power.

As aid is redirected and as the Australian Government increases reliance on for-profit private contractors, we are at risk of losing sight of why we intervene at all. The moral foundations and courageous actions of international charities – unfettered by national interest or private profit – can serve to remind us.

This year, Save the Children has been celebrating its centenary year. Reflecting upon one hundred years of Australians acting to support others in need is humbling and compelling.

What is it that we value in humanitarian charities like Save the Children, Red Cross, Oxfam and World Vision that have given them such institutional longevity?  We suggest that it is the compassionate motivations of the organisations that resonate with each of us as human beings: being charitable and offering hope. We also propose that is the courage and resolve of such organisations to speak up in the face of injustice to achieve charitable purposes. These are both values of charity organisations, core to their mission and purpose; and virtues, exemplified through the lived practices of aid workers around the world every day.

Humanitarian and development actors fundamentally believe that human life and human dignity are precious and should be protected. Jean Pictet, the International Red Cross and Red Crescent lawyer, wrote in 1979 that the principle of humanity is humanitarianism’s “ideal, its motivation and its objective…the prime mover for the whole movement, the spark which ignites the powder, the line of force for all its action”.

In his book on Humanitarian Ethics, Hugo Slim, Head of Policy at the International Red Cross, reflects on the principle of humanity: “Humane sentiment arises because we feel that life is intrinsically valuable. I do not want to ease your suffering and save your life because I am kind. I am kind because I know that human life is beautiful and precious.”

Charities place emphasis on the human impacts that flow from how they do their work. Acting with humanity and compassion; and respecting and protecting ways of working that cherish human relationships and humane process (such as working alongside communities and promoting locally-led practices) are critical virtues of their practice.

Such human-centred approaches can be seen, for example, in the conduct of Save the Children staff supporting children and families in detention on Nauru. From 2013 to 2015, Save the Children was contracted by the Australian Government to provide welfare, education and recreation services to asylum seekers on Nauru. The committed staff who worked to alleviate the suffering imposed by living in detention included: a music teacher who supplied musical instruments to children in detention at her own expense; and a social worker who supported those young children who had traumatically sewn their lips together in a desperate plea for help. Save the Children staff deeply believed that each child on Nauru was precious and deserving of their compassion and love.

Shining a light on injustice

In an interview on the BBC, Winnie Byanyima, then CEO of Oxfam International, was challenged to respond to the suggestion that international charities such as Oxfam had “had their day” and that charity itself was an outmoded response to global humanitarian and development challenges. Winnie responded assuredly: “Just as a spirit of solidarity, kindness and sharing is never outmoded, so it is that charity is never outmoded. There is more to charity than the benevolent transfer of resources from the rich to the poor: behind the word ‘charity’ there sits a very radical idea that humanity is one and injustice must be challenged”.

There was something substantial behind the strength and conviction of Winnie’s response. There is also something attractive about the radical nature of this broader endeavour.

Save the Children was born from radical origins itself. The charity’s founder, Eglantyne Jebb, was no shrinking violet – by most standards she was a radical. Jebb was arrested in London in 1919 for creating public unrest in advocating for the starving children stuck behind the Allies blockade of Russia after the First World War. She was advocating for the children of the enemy. The magistrate who heard her case found her guilty but insisted on paying the fine himself. This was the first donation to the Save the Children Fund.

Beyond service delivery, humanitarian charities bear witness and speak out in support of people who may be suffering.

Brad Chilcott described recently the restrictions facing charities in Australia that advocate for vulnerable people or for threatened environments, while corporations and industry groups can spend billions lobbying for vested self-interest. Chilcott argues that the current government prefers “quiet Australians” and that “the pattern is clear – no one in Australia should suggest that a better future is possible”.  Paul Ronalds, CEO of Save the Children Australia, has emphasised the unique dual role that charities can play in combining great service delivery and advocacy for systemic change.

Save the Children’s experience on Nauru again illustrates this. In 2014, Save the Children provided testimony to The Forgotten Children: National Inquiry into Children in Immigration Detention conducted by the Australian Human Rights Commission. The charity played a significant role in shining a light on the human consequences of “stopping the boats.” Later, Sydney’s The Daily Telegraph would lead with a story under the headline “Truth Overboard” and carry allegations that Save the Children staff had fabricated stories of abuse on Nauru, and even coached asylum seekers to self-harm. Save the Children’s was replaced by the for-profit contractor Transfield Services which is now named Broadspectrum.

It is critically important for charities to preserve their right to speak in certain circumstances where it concerns upholding human dignity and valuing life. Humanitarian and development charities are at their best when they act with principle and courage.

Fear risks us losing our humanity, compassion and courage

Australia historically has a good track record of displaying humanity, compassion and courage in its aid programs and humanitarian military engagements. But there is now a real risk of these qualities being forgotten. The widening culture of fear threatens to diminish the role of international charities.

Humanity, courage and a sensitivity to generating hope must be present in the hearts and actions of our politicians and leaders when they make decisions which shape our place in the world.  These concepts should be front of mind in the forthcoming Australian aid review – our international humanitarian and development charities have both the practical experience and the moral foundations to help guide the path.

Image: Children in the Jed’ah Camp in Qayyara after fleeing their ISIS-controlled home town. Courtesy of Save the Children.