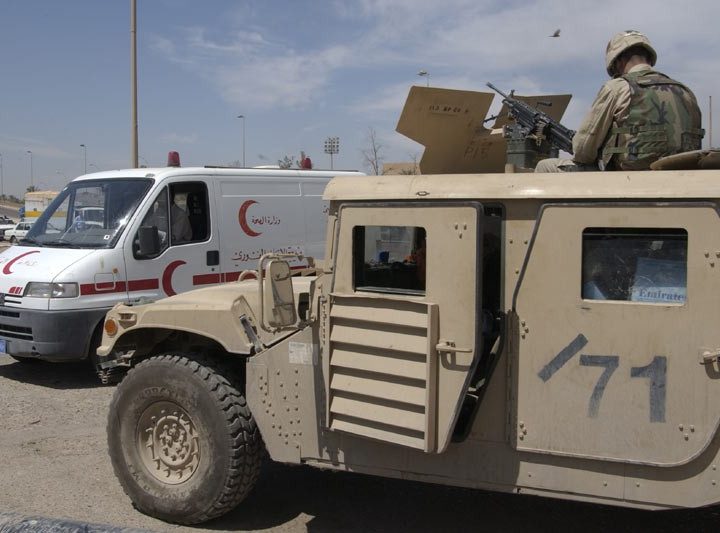 The symposium brought together academics and practitioners to question how IHL can be used to improve access to people in need. I left with a richer understanding of the many facets of IHL, but also with a wider appreciation of the role of international law for humanitarian practice across a diverse range of contexts.

A key challenge that arose in discussions and presentations during the symposium was IHL’s applicability to non-international armed conflict, which make up the majority of contemporary armed conflict. According to the Uppsala Conflict Data Program, 2018 had 52 state-based violent conflicts and 78 non-state based violent conflicts. Internal violence, as the world has seen very clearly in the case of Syria, can have significant regional and global impact.

Since 2001, Australia has enacted over 50 pieces of counter-terrorism legislation. In an era where non-state actors are of increasing importance, such measures weaken humanitarian non-governmental organisations (NGOs) ability to interact with none-state actors. Education opportunities on IHL for non-state actors is thus hampered, as is humanitarian programming.

In the context of Gaza, as discussed at the symposium, cases alleging humanitarian association with designated terrorist groups can be detrimental to funding even if the claim is found to be untrue. Reputational, financial, and legal repercussions are a risk for all agencies in Gaza, not only those directly involved in a case.

In an era with rising humanitarian need and significant funding gaps – according to the 2018 State of the Humanitarian System report, in 2017 201.5 million people were in need and 41% of United Nations appeal funding was unmet – international law contains both challenges and opportunities.

There are obstacles, such as counter-terrorism legislation and non-respect of IHL. But there are also opportunities – participants spoke of using IHL as an instrument and contextualising it to the values of actors in the field.

To find out more about these obstacles and opportunities, you can download a summary report of the symposium below.

Find out more about international humanitarian law and access in this summary report of the symposium.