Skip to navigation Skip to content
HomeThe CentreLatest news and insightsPolitical Leadership Holding the Australian Government to account: A Checklist for Action
Home

Holding the Australian Government to account: A Checklist for Action 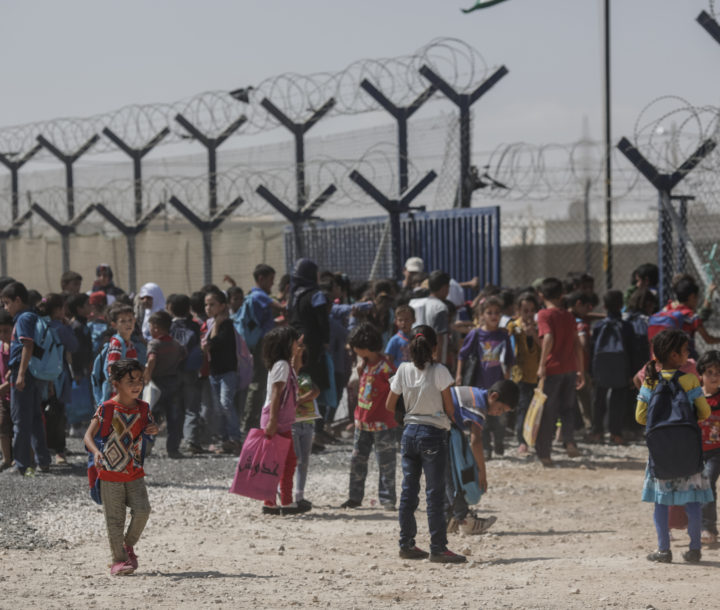 More countries are experiencing armed conflict today than at any time in the past 30 years. In this decade alone, more than half a million civilians have been killed in Syria, conflict in Yemen has left more than 20 million people in need of humanitarian assistance, and violence in Myanmar in 2017 drove more than 600,000 people into Bangladesh in just three months.

An estimated 132 million people will need humanitarian assistance in 2019, largely as a result of these and other conflicts. Responding to these needs would cost about $25.2 billion.

In January 2019, a group of nine Australian civil society organisations published Preventing and responding to conflict-related humanitarian crises: an Australian checklist for action. It sets out a list of actions that the Australian Government can take to prevent and respond to conflict, including using its seat on international bodies such as the UN Human Rights Council and the General Assembly.

Australia has demonstrated capacity and commitment to show global leadership in preventing and responding to conflict. We played a pivotal role in developing and advancing the quasi-legal norm of ‘responsibility to protect’, we consistently emphasise the need for accountability for international crimes, and we have demonstrated success in peacebuilding. We’ve also shown leadership in responding to the humanitarian consequences of crises through a robust refugee resettlement program and a commitment of over AUD$400 million in humanitarian funding in the 2018 budget.

This capacity and commitment is reflected in Australia’s foreign policy. Our Humanitarian Strategy commits to advocating for the protection of civilians and atrocity prevention, and to promoting respect for international humanitarian and human rights law. Our Foreign Policy White Paper commits to supporting conflict prevention and accountability mechanisms. At the World Humanitarian Summit in 2016, we said that we would “sustain political leadership through all stages of a crisis”, and take “concrete steps” to ensure perpetrators of violations of international human rights and humanitarian law are held to account.

Our representatives have emphasised similar themes through their engagement in UN forums. In relation to Syria in 2013, Ambassador Quinlan told the Security Council that “it is vital that the Council consider the referral of situations involving genocide, crimes against humanity or war crimes to the International Criminal Court”, and that Australia would “be a voice for Council action in such circumstances”. In 2016, Ambassador Baird told the General Assembly: “Australia remains deeply committed to… ending impunity for those who commit the most serious international crimes that shock the conscience of humanity”. When we joined the Human Rights Council in 2018, we pledged to respond to early warnings with “early preventive action”.

It hasn’t just been all talk. In 2013–14 Australia led Security Council action on the humanitarian dimensions of the Syrian conflict, co-authoring landmark resolutions on humanitarian access and assistance.

For all this, Australia has been commended. Indeed, we’ve come to be seen as a state that can (mostly) be relied upon to call for the protection of civilians, respect for international human rights and humanitarian law, and accountability.

And yet, our performance on country-specific situations – particularly in hard cases with which we have political or economic ties – doesn’t always live up to expectations.

Despite allegations of genocide in Myanmar in 2017, for example, we continue to support the Myanmar military (the alleged perpetrators), have not mobilised ASEAN mechanisms (or at least not with any visible result) and have not called for Security Council action. The UK, France and others have all likened the situation in Myanmar to mass atrocities committed in Rwanda, Srebrenica and elsewhere, called upon the Security Council to act and – implicitly or explicitly – called for referral to the ICC.

Similarly, while Saudi Arabia stands accused of atrocities in Yemen, we’ve been guarded in our criticism, have resisted public pressure to disclose the nature of our military exports to Saudi Arabia, and declined to co-sponsor the 2018 Human Rights Council resolution renewing the mandate of the group of experts investigating human rights abuses in Yemen.

Policies ring hollow if they’re not applied in hard cases. The principle of responsibility to protect, which we’ve done so much to shape, doesn’t draw distinctions based on whether the perpetrators of crimes are our enemies or friends.

Nor does the principle that there should be accountability for international crimes. In fact, it’s precisely because there will always be hard cases – where standing up for civilians means speaking out against allies or trading partners – that we need policies to guide us.

Most of the actors involved in the development of our checklist are humanitarians. We usually focus our advocacy on the scale and quantity of Australia’s humanitarian assistance, not political action. But it’s conflict that causes most of the humanitarian needs we seek to address. Between 2002-2013, 86 per cent of humanitarian funding requested through UN appeals was to meet the needs of people affected by conflict – in recent years that figure has been as high as 97 per cent. As long as conflict persists, so will these needs.

It’s the prerogative of civil society to hold governments to account. This includes holding the Australian Government accountable to its commitments to “sustain political leadership through all stages of a crisis to prevent the emergence or relapse of conflict”, to condemn violations of international human rights and humanitarian law, and to “be a voice” for UN Security Council action.

To do this, we need to understand the various things that Australia can do to uphold these commitments. This includes making statements or drafting resolutions at the Human Rights Council or General Assembly, requesting that a matter be considered by the Security Council, seeking to influence the ASEAN Regional Forum to do one of the things in its preventive diplomacy workplan, or a host of other possibilities, many of them under-utilised.

The checklist aims to prompt more systematic consideration of all these things, by both government and civil society. It doesn’t presuppose what may or may not be politically feasible; rather, it presents a suite of options that can legitimately be pursued by the Australian Government as part of an effort to protect civilians and avert humanitarian crises. While not exhaustive, it is extensive, covering some 60 items grouped under four main headings of: the UN; regional mechanisms; bilateral influencing; and humanitarian and development assistance.

There’s a common theme running through Australia’s foreign policy and humanitarian strategy, and it’s that of political leadership in humanitarian crises. This accords with our reputation – we’re frequently described as a country that punches above its weight. The checklist aims to help civil society hold the Australian Government to account for sustaining and building upon that reputation.

This article was originally published on 16 January 2019 by Devpolicy Blog, run out of the Development Policy Centre housed in the Crawford School of Public Policy in the ANU College of Asia and the Pacific at The Australian National University.