Why diversity matters for humanitarian negotiation 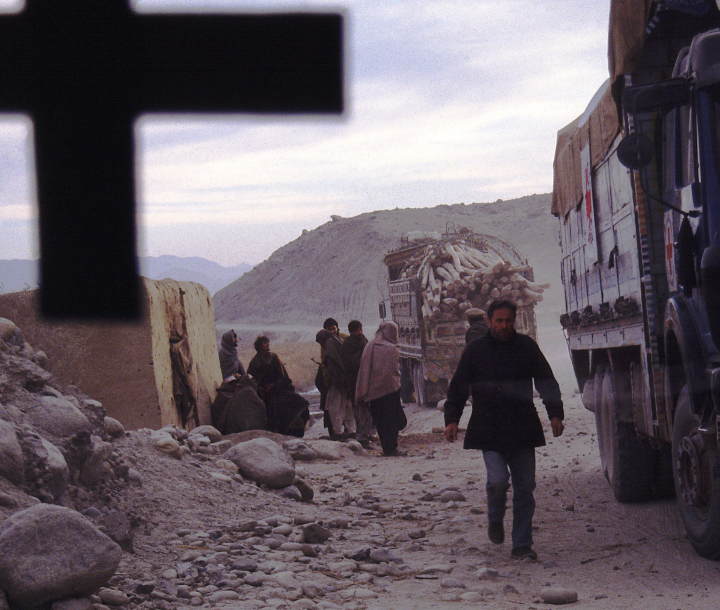 Organisations across many sectors have grappled with questions of staff diversity. The Black Lives Matter movement has also encouraged mainstream discussion to more squarely consider manifestations of racism and white supremacy across workplaces and systems. The humanitarian sector, despite its ‘feel-good’ aim of supporting people and communities facing crisis, is in need of deep introspection and investigation into its own diversity and who it places into positions of power.

Humanitarian aid comes in many forms, including distribution of food and non-food items for populations experiencing hardship, knowledge sharing and learning, and advocacy for rights and for long-term solutions. However, humanitarians can face challenges to their work in conflict settings. Despite international laws protecting peoples’ right to receive aid during armed conflict, parties in conflict sometimes block access to and from communities. Implementing effective aid programmes can require skilled humanitarian negotiators. These negotiators may be in dialogue with government, non-state actors, and other relevant stakeholders in a conflict.

The humanitarian sector, despite its ‘feel-good’ aim of supporting people and communities facing crisis, is in need of deep introspection and investigation into its own diversity and who it places into positions of power.

Frontline humanitarian negotiation refers to interactions taking place where conflict is occurring. It does not happen in capital city high-rises or offices across the world from where a conflict is happening. The Centre for Competence in Humanitarian Negotiations (CCHN) explains, “Frontline humanitarian negotiators are known to conduct highly contextual, personal, and confidential negotiation processes in some of the most remote and challenging environments.”

Humanitarian negotiators navigate both diverse and unique situations. They are diverse in that different actors within a given conflict will have different viewpoints. They are unique in that no two conflicts or actors are the same. In other words, humanitarian negotiators work in specific contexts marked by the specific histories, relationships, and structures that impact the conflict.

The humanitarian sector has considered how to best train, prepare, and support negotiators. This led to the creation of the CCHN, as well as wider efforts to strengthen humanitarian negotiation capability. In a recent paper, Reem Alsalem and Rob Grace (2021) argue that these capacity-building efforts and discussion on staff diversity are not distinct—for increased capacity the negotiation field needs diversity. As they explain, “effectiveness could entail making decisions about whom to engage for a negotiation based on the potential biases and stereotypes counterparts have towards humanitarians and the potential ‘breakthough’ in negotiations that can be realised through selecting one humanitarian rather than another, based on the aid workers’ identity characteristics.”

Humanitarian negotiations take place in the real world, where parties bring implicit and explicit bias. Negotiators’ identity characteristics and past experiences thus shape how their counterparts perceive them, and vice versa (Alsalem and Grace 2021). As one interviewee in Alsalem and Grace’s study explained, “In one country [in the Middle East], a woman was able to negotiate an access document. The national counterparts said that they had liked the fact that she was a pregnant woman. This is a respected role.”

Alsalem and Grace argue that diversity is not a side conversation in the negotiation space, but should be brought to the centre of understandings of the negotiation process. In the words of another interviewee—”Who says something is at least as important as what is being said.”

Alsalem and Grace argue that diversity is not a side conversation in the negotiation space, but should be brought to the centre of understandings of the negotiation process.

A circle discussion had already taken place in the CCHN annual summit of 2018. It came following the initial research that Reem Alsalem conducted on the link between diversity and humanitarian negotiations. One interesting thread from the 2018 circle discussion was around gender, as several participants spoke to the advantages of being female in frontline negotiations. However, they also highlighted that the space was frequently dominated by men, and often white men.

In June and July 2021, the CCHN held a virtual summit on Frontline Humanitarian Negotiation that included again a panel on diversity and humanitarian negotiation with a focus on initiatives that humanitarian organizations were taking to leverage the diversity of their staff and to be more supportive of their diverse workforce. It highlighted the need for humanitarian organizations to ‘walk the talk’. Alsalem and Grace’s research had shown that organizations had not given these issues sufficient attention. For example, only 21% of surveyed humanitarian negotiators working in the Middle East and Northern Africa region reported that their organisations had structured processes for analysing the culture, background, and other diversity-related aspects pertaining to the counterparts with which they were negotiating.

Panellists from the Swedish Red Cross, United Nations High Commissioner for Refugees (UNHCR), and Save the Children Jordan presented on initiatives their organisations were taking to address issues of diversity and inclusion.

Across the presentations, two strands of approaches appeared. The first was looking at diversity—or more accurately, a lack of diversity—through an organisational perspective. This included efforts to bring more women into leadership roles, for example, recognising the foundations for achieving this begin early in women’s careers. Resolutions, quotas, and policy changes were other modalities of organisational-level change. The discussion on quotas in particular highlighted how organisations used mechanisms to bring change. Commitment or sentiments alone were not enough, even when they may seem unpopular by some persons at the top that may be resistant of change.

Second, panellists spoke of efforts to transform individuals working in their organisations. This was often through training and convening of fora. This approach often attempts to address inclusion—as panellist Catty Bennet Sattler of UNHCR explained, “Diversity is being invited to the party, inclusion is being invited to dance.” These initiatives also reflect a perceived creation of safe space to discuss issues that may be sensitive. Further, they are linked to the quality and effectiveness of response—with an underlying thesis that training staff will lead to more nuance and sensitivity.

One key theme arising from both the panel and working paper is the importance of inclusion—diversity of humanitarian negotiators will not translate into more impactful negotiations if negotiators are not welcomed and made part of their teams. Quotas on their own are therefore an insufficient tool for harnessing diversity. While they may mandate space for individuals of different backgrounds, they do not fully address the inclusion aspect.

The humanitarian sector’s propensity for ‘capacity building’ should extend not only outward, but also inward. Strengthening humanitarian negotiation and honouring diversity are not two parallel conversations, but as Alsalem and Grace (2021) argue, are inherently intertwined. Considering identity characteristics as a core aspect of the negotiation process can help humanitarian negotiators be more effective and impactful.

In July 2021, the United Nations (UN) Human Rights Council appointed Reem Alsalem as Special Rapporteur on violence against women, its causes and consequences.