The political, health, and climate stressors likely to contribute to humanitarian need in the near future. 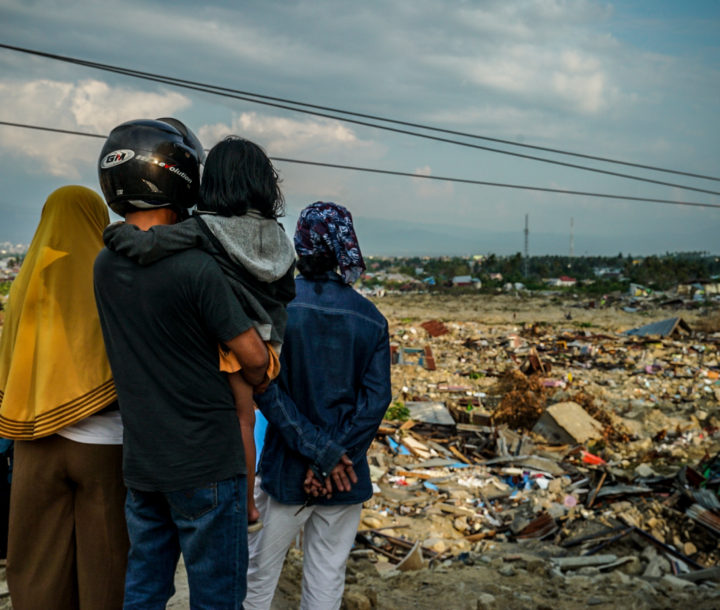 This quarterly overview highlights the contextual stress factors likely to drive new or aggravated humanitarian needs in the short to medium term in South and South-East Asia and the Pacific region.

This full text of this report is available below, or as a PDF. Download the PDF version (3MB).

“As we move into a more uncertain future, humanitarians must ‘look up and out’ at the contextual stress factors likely to drive new or aggravated needs. While risk can be static, people’s vulnerability and humanitarians' capacity to respond are not. This Horizon Scan will help humanitarians to better manage risk and preparedness, design more impactful programs, and make more informed policy decisions.”

Archie Law, Humanitarian Director at Save the Children Australia

Indonesia (West Papua & Papua provinces): Unprecedented in size and scope, the escalating violence and military response to protests caused high levels of displacement and need. Clashes between separatist militants and Indonesian forces forced over 16,000 to flee, with a growing list of Papuan political prisoners. Continuing violence and inadequate conditions for up to 7,000 in Wamena IDP camps anticipate further impact on need. 1

Myanmar: With an already precarious humanitarian need for over 120,000 people confined to IDP camps since 2012, intensified fighting continues between the Arakan army and the Tatmadaw in Rakhine, Chin, and Shan states – triggering mass displacement for over 32,000 – further heightens need, and hampers provision of assistance to affected populations.2

Afghanistan: Escalation of armed conflict, due to hindered peace efforts including failure of US-Taliban talks and presidential elections, will likely drive deterioration in humanitarian conditions, especially for the over 423,600 IDPs, humanitarian need compounded by inability to reach a significant number of people in NSAG-controlled areas.5

The Philippines: Still reeling from the fifth powerful earthquake to pound Mindanao since October 2019, Typhoon Phanfone made landfall in late December 2019 affecting communication lines and exacerbating displacement, where continued risk of landslides and flooding will likely drive increase of needs.

Vietnam and Thailand: Drought and salt water intrusion to the Mekong Delta may compromise crop production and food security over coming weeks in Vietnam, along with anticipated freshwater shortages leading to reduction in rice production.8  Thailand’s dry season began in November and usually lasts through April, but this year authorities said it could last till June and drought has been declared in 14 provinces.

Coronavirus spread in Asia: The death-toll has now surpassed the death toll rate of the 2003 severe acute respiratory syndrome (SARS) outbreak, with 492 deaths, and at least 24,554 cases confirmed by WHO as of 5 February. With dozens of cases confirmed around the world, majority in the Asian region including Hong Kong (14), Thailand (19), Vietnam (8), Malaysia (8), The Philippines (2), Singapore (18), Japan (20), South Korea (15), and Australia (12).

Dengue & Polio outbreaks in Asian region: Most countries across the region are reporting significant spikes in the number of detected dengue cases. Among the highest, Philippines (371,717), Vietnam (200,000) and Thailand (136,000). Overwhelming numbers of outbreak will further strain countries preparedness and capacity to respond.10

Afghanistan: Continuation of conflict, high morbidity of acute respiratory infection and limited access to health facilities in winter, especially in hard to reach districts – in conjunction with a non-diverse diet – is expected to have negative impacts on malnutrition during the winter months, interrupting delivery of life-saving assistance.11

4. Funding and Accessibility Challenges to Responses in South and South-East Asia

1. Political Tensions in the Pacific region

The Solomon Islands: The public are still grappling with switching diplomatic recognition from Taiwan to China, following the same move from Kiribati, revealing local perceptions of changing geopolitics in the region. There may be further tensions brewing due to local frustrations following the switch, including lack of proper distribution of resources and services, which may aggravate response and recovery should devastating TC occur.

China’s aid to Pacific Island Countries: While PICs continue to contend with the major challenges of inequalities, limited access to quality health care and some of the highest malnutrition rates in the world, geopolitical shifts in terms of China’s increased aid grants and humanitarian assistance to PICs intensifies strategic competition between traditional donors states, shifting narratives of aid delivery. As increased risk of disaster during TC season looms, where vulnerable populations and critical infrastructures are exposed to climate-related hazards of increasing intensities, these strains may hamper effective aid delivery. 13

A regional perspective on political tensions in the Pacific

2. Climate-related disaster in the Pacific

Fiji: TC Sarai battered the South Pacific nation with strong wind and heavy rain more than 2,500 people displaced and moved to 70 evacuation centres, has further exacerbated fragility risks for some of the islands still recovering from TC Winston, prolonging recovery. Climate change continues to exacerbate fragility risk for those living in low lying areas that experience flash flooding more frequently with inundation from high tides, where communities lack the resources to relocate/adapt effectively to recover. Government efforts are also limited in supporting vulnerable communities due to funding constraints.15

3. Health Shocks in the Pacific

Samoa: Since the measles outbreak, with 83 deaths – most of them children under four, Samoa saw more than 5697 cases of measles recorded, with the Government of Samoa ending the state of emergency as of 30 December 2019. While the outbreak is declining, 30 new cases reported between December 30, 2019 and January 5, 2020. The outbreak rapidly deteriorated, and  prompted weeks of government shutdown and closing of schools, impacting education, will likely drive fragility risks as the country enters recovery phase from the outbreak. Numbers overwhelmed government response, with WHO, UNICEF and other aid agencies supporting to rapidly control the situation. 16

Measles outbreak in the Pacific: PICs are facing measles outbreaks including Fiji, American Samoa, Samoa, and Tonga. While cases are declining, there is ongoing virus circulation – For Tonga, as of 9 January 2020, 630 confirmed or suspected cases for a population of 105,000 with ongoing transmission between Islands. American Samoa continues to restrict entry at its borders via Samoa and Tonga. Following these outbreaks from end 2019, PNG (3) and Kiribati (3) have also confirmed measles cases. Prolonged closing of public schools and large gatherings banned have disrupted delivery of education and social services.

Dengue outbreak in the Pacific: The Marshall Islands, Wallis and Futuna and French Polynesia have confirmed recent cases of Dengue. For the Marshall Islands the country has been battling outbreaks of dengue fever and influenza, overloading medical facilities. With 1735 suspected or confirmed cases since outbreak as of January 2020, the government declared a national state of health emergency.

A regional perspectives on Health Shocks in the Pacific

Most recent measles outbreaks fuelled by low immunization coverage due to gaps in routine immunization programs. Population movement is a large factor in the spread of measles and demonstrated through the imported cases in multiple countries across the region. Many PICs have very high internal mobility which likely contributed to the spread. PICs are also a popular tourist destination, the number of travellers is expected to increase risk of spread in region. A resurgence of measles cases has been seen in all WHO Regions since 2017; a decrease in vaccination rates due to persistent disinformation about the safety of vaccines, combined with international travel, has sent measles rates on the rise, with increased risk of outbreaks in countries where the disease had been thought eliminated. 17

4. Funding and accessibility challenges to responses in the Pacific