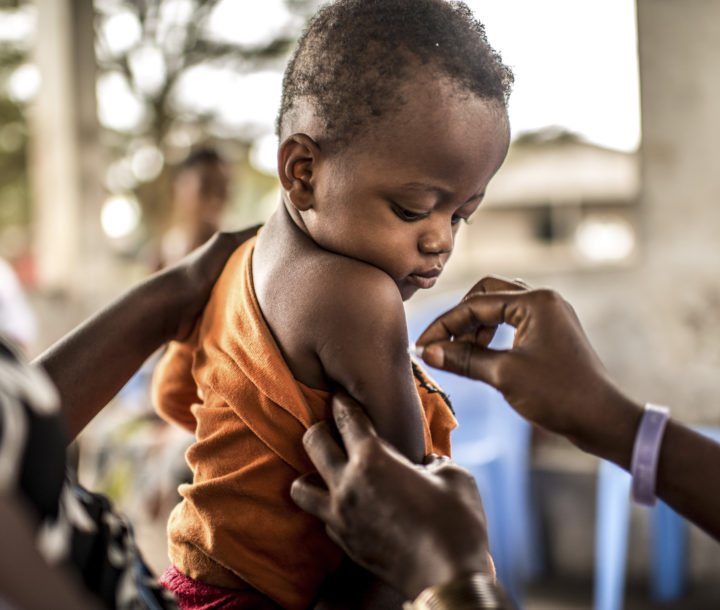 As the world eagerly awaits a COVID-19 vaccine, a new report shows that children trapped in war zones are already missing out on life-saving vaccines.

Not Immune: Children in Conflict, a report co-written by Save the Children and funded by the Centre for Humanitarian Leadership and the Bill & Melinda Gates Foundation shines a spotlight on the harrowing impact war has on the immunisation of children and calls for urgent global action to protect children from preventable diseases.

Two thirds of the world’s unimmunised children are living in countries engulfed by conflict and each year millions more miss out on vital vaccinations. Diseases like measles, polio, cholera, pneumonia, yellow fever and diphtheria, for which safe and effective vaccines exist, are gripping children in conflict as continued fighting undermines efforts to vaccinate them.

Long and enduring conflicts are winding back hard-fought vaccination progress for deadly illnesses. COVID-19 has compounded the situation for children living in war zones, causing the suspension of immunisation programs in more than 60 countries.

As a result, 80 million more children under one are at increased risk of contracting vaccine-preventable diseases. In the four months to August alone, 50 million children missed out on polio vaccinations.

Not Immune: Children in Conflict details deadly outbreaks of diseases from the past 10 years that could have been prevented with large-scale immunisations, including a polio outbreak in Boko-Haram controlled northeast Nigeria in 2016, and in Syria a year later.

Large-scale and severe cholera epidemics have occurred in conflict-affected countries including Iraq, Sierra Leone, Somalia, South Sudan and Yemen in the past 10 years. In Yemen over one million cholera cases and 2,500 deaths occurred between 2016 to 2018.

Vaccination rates have plummeted across many countries engulfed by war. In Syria, immunisation levels for diphtheria, tetanus and pertussis were above 80 percent before the war, but fell to 47 percent two years ago. In Ukraine the rate fell from 80 percent to 19 percent after four years of war.

Fear of contracting COVID-19 is also preventing families from accessing vaccinations, which is particularly concerning among vulnerable populations like refugees.

The report calls for global vaccination efforts to sharpen their focus on reaching children affected by conflict, including refugee and internally displaced children.

It also calls for more support to be provided to conflict affected countries to increase immunisation coverage, including through “catch up” vaccines and with a focus on children with the lowest immunisation levels.